TMS Heroes: An interview with a TMS Founder– Tamara Shipley 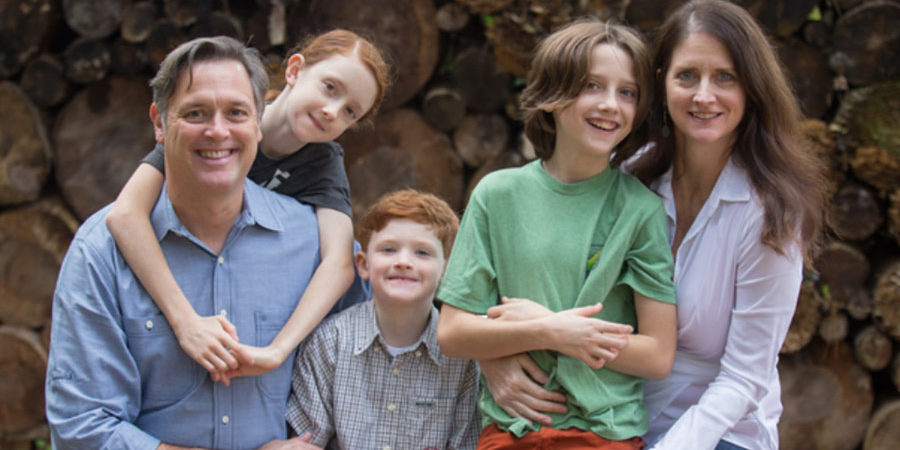 As a new parent at The Museum School, I understood that the school was special. What I didn’t know was how much time and effort was involved to open the school. Now that we’re in our second year at TMS and through my involvement on the Foundation Board, I’ve learned about this group of “Founders” who poured their heart and soul (and money) into making it happen. And if I didn’t know, I thought, I’m sure other new parents were also unaware. So, over the coming weeks, we’ll be interviewing these Founders for a blog series called “TMS Heroes.”

In looking over the Founder’s names, one stood out to me. Tamara Shipley. I’ve known Tamara for two years. I met her at FitWit and have seen the hard work she puts in at 6am. Needless to say, I’m not surprised to see the same effort and dedication from her through her involvement in the school and as a Founder.

In addition to being a Founder, Tamara has served as Secretary and Vice Chair of the Governing Board and has also served on the Finance, Governance and Risk committees. She is currently Advisory Council Chair on the Governance Committee and Risk Committee.

I sat down with Tamara to learn more about her family and her experience as a Founder.

Tell me about your kids- how old, names, what grade?

How long have you been involved with The Museum School?

My involvement started in the summer of 2008 with a meeting at the City Hall in Avondale Estates to talk about building a school.  There had been recent legislative changes that allowed a new path to creating a charter school.  There were probably 80-100 people there and I was inspired!  I just kept showing up for meetings after that.  We met at least once every week for the first several years – every Thursday at 6:30 at City Hall, and many times at the Corner Pub afterwards.

Share with us what the energy was like in the early days- building a new school from scratch.

“We never for one moment doubted that we would do it, despite tons of obstacles in our way.”

Energy …  hmmm.   Well, I remember lots of meetings, long meetings.  And, I think it got more “fun” and real once we had a name for the school and had our brand.  One of the things I remember about the early days that I think is important to share is that we never for one moment doubted that we would do it, despite tons of obstacles in our way.  That philosophy guided every decision we ever made as well as us always trying to take the high road in our interactions with folks who were sometimes in the way.  We also tried to recognize that each of us was a volunteer and we thanked each other and others for our work regularly.

What were some of the challenges you faced in the early days as a parent and as a fundraiser?

Early days a parent – When school actually started, I was completely overwhelmed by having two kindergarten students and tons of homework.  I felt like, I, the parent, was in school, and with two kids who couldn’t read back then, homework was a nightly chore.  I think there is a lot less homework given now then it was in the first few years and I’m thankful for it!

Early days as fundraiser – We raised money as we needed it and the first fundraiser that I remember was an event at the original Waffle House, where we toured inside and we hung outside with a musician singing and playing guitar.  The kids were 1 and 4 then so it was fun.

I honestly don’t remember challenges in fundraising but somehow we managed to get the money we needed when we needed it.  The first donation I think I made was $250, a donation that all Executive Committee members made.  Then, we had our first auction event in the Fall of 2009 where we raised ~$20,000 which was instrumental in us being able to hire our principal.  Then my family, along with 59 other families and organizations, made a $2,010 donation to the Founder’s Club and that money essentially paid for the modular units.

In 2011, we did our first parent campaign, and I remember being in the car pool line meeting new people and asking folks if they had had a chance to donate yet.

I literally had folks give me change out of cars and honestly we were so grateful for it.  Back then those contributions and the percentage of parents contributing was a really big deal.  And, it still is.

What about your children- it must have been interesting for them to go to school in the modular phase?

The modular phase… We were in modular buildings for our first two years of the school and all of us couldn’t have been more thrilled to be there – to have our school open.  The modular units themselves were not important honestly and I don’t think the kids or parents cared that that’s what they were.  We were all just really excited to be in the school.

How do you feel now, looking back at all of the accomplishments the school and foundation has made?

I’m immensely proud of what our community has done.  I’ve learned so much from my involvement in terms of things I’ve had an opportunity to do that were new for me and the opportunity to work with so many different people with skillsets that I’d never encounter in my own profession.  I’ve worked with lawyers, doctors, HR professionals, entrepreneurs, graphic artists, grant writers, financial controllers, professors, architects, and so many more.  My world opened up with this project and I’ll be forever thankful for the experience.  It immersed me into the community and allowed me to make some truly fantastic friends.

What do you want to see for TMS in the future?

In the immediate future, I’d like to see us fund the Media Center and for that, we need everyone to really think about how much they can give to the school.

I remember Tami Willadsen always saying that “It is okay if it hurts a little.”  For me, I think about how much I’d have to pay if I were sending my kids to private school.   Over these last 8 years, there are many families who have contributed substantial amounts, $10,000, $20,000 and even $50,000 or more and I’m thankful.  We would not have this school without their level of commitment to the mission and vision of the school.

I’d love to see all parents embrace the community of The Museum School, and make the most of the opportunity to get to know each other, support each other, befriend each other.  We have a lot of diversity at The Museum School, and a lot of things in common, and this school presents a real opportunity for all of us to learn from each other.  To this end, I urge all parents to ensure that their contact information is available in the school directory.  Make yourself open and available to get to know others.

What would you like new parents to know about the school that they may not know?

For me, the early vision for this school was to create a community school, a school where children and parents and community members would know each other, interact with each other, not just in school but outside of school.  And while the school originated with parents in Avondale Estates, the vision for the school extended well beyond AE to embrace our broader community.  It connected neighborhoods and communities that weren’t connected before and I love this about our school today.

The curricular model, mission and values of the school were developed and decided upon by members of the community.  In the first six months of the project to build this school, we did a few things.  We had teams who researched different curricular models, and present back to us the top four.  We then voted on the museum school concept of learning (constructivism).  We also had a series of community meetings where we facilitated the gathering of key phrases that captured the sentiment of what all of us wanted in a school.  We voted on the mission that we have today, along with the values of the school.

Why is giving so important for continued success?

We have more to do and quite simply it takes money.  As a charter school, we have certain freedoms and certain obligations that are different than a “normal” public school.  And, in exchange for certain freedoms like the ability to drive our own curriculum, or hire and fire staff, we have an obligation to pay for all things extra, and all things facility related.  Over these years, that’s been HVAC systems, walls, floors, technology, the bridge, the STEM lab, the cafetorium and now … the Media Center.

What makes a TMS education so special?

I think The Museum School education is special because of the project-based learning, and the fact that our kids learn in traditional and non-traditional environments, via expeditions.  My kids have been more places in this city than I have and that’s really cool.  I also love how they learn to follow their projects through to completion and teach us, the parents and community, what they have learned as docents at Exhibit Night.  I think they really enjoy dressing up for Exhibit Night too!

For me, it’s The Museum School community, connectivity and the excitement that I see so many parents, teachers, community members and students having for our school.  There is real passion here.