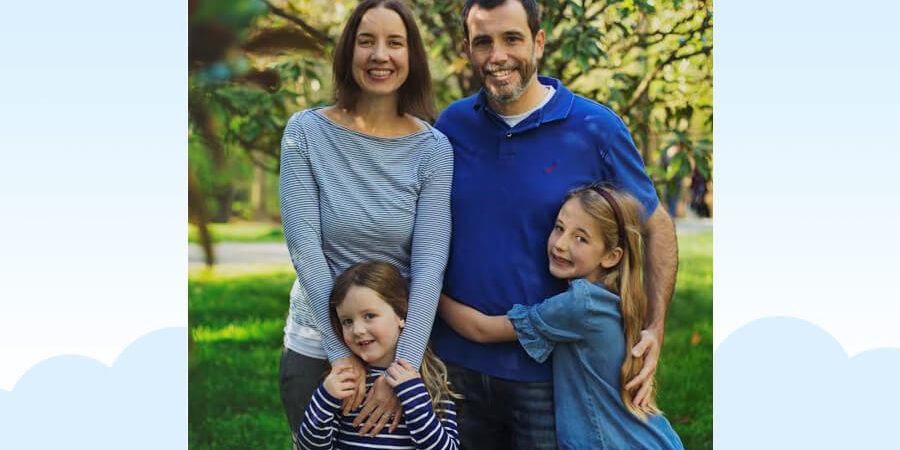 I recently had a meeting with Principal Kelbaugh to discuss fundraising efforts for the school. Privately, I laughed to myself about being sent to the Principal’s office. The cliché of principals being a Principal Krupp type- bossy, cruel, and hot-tempered- is all too familiar. I don’t think you could get further from that depiction than our beloved Principal Kelbaugh. Her vision, wisdom, humor and grace are the very traits I’d hoped to find to guide my children’s education. Her leadership is evident in every aspect of our school- from the teachers and staff at TMS to the community that has been created around us.

The challenges facing schools across the country over the past year have been extraordinary. Added to that are the challenges facing our school specifically with charter renewals, diversity goals and funding. None of these are easy tasks. But through her leadership, the school has managed to foster the importance of advocacy, community engagement, freedom of expression and most importantly, a love of learning in our children.

How and when did you hear about The Museum School? Where were you living and working at the time?

I learned about The Museum School in October 2009 when my husband, Will, and I were house hunting.  We were checking out a home in the White Oak Hills community and learned from a neighbor that a new school was opening up called “The Museum School.” Will, Mattie (my oldest daughter) and I had just moved back to Atlanta from a 5 year stay in south Florida.  We were looking for everything… a home, a job for me, and a school for Mattie (eventually… she was only 1 at the time!). I looked at the school’s website (really to learn more about the school for the purpose of Mattie possibly attending) and noticed their Head of School posting.

Describe the application process. How long did that process take?

I submitted my resume and other documents fairly quickly after seeing the posting and then fully engaged!  I learned everything I could about the school – I attended a board meeting, I volunteered to serve at the school’s AutumnFest booth, I read board meeting and executive committee meeting minutes.   In early October, I participated in a phone interview with Tamara Shipley and Carol McCullough. I then attended a 2–day interview later in October and was offered the position late October! The process was intense, yet so organized and professional.  Honestly, I was so impressed by the organization and professionalism of the founding board and many parent volunteers. I knew I wanted to be a part of this special group.

Honestly, I was so impressed by the organization and professionalism of the founding board and many parent volunteers. I knew I wanted to be a part of this special group.

From what I learned from Sasha Webb, you were one of a handful of applicants that were selected to interview in person for the position of Principal. What was that time like for you?

This was such an exciting time!  Before I even submitted my resume, I called one of my mentors in Florida and asked her if she thought I was ready. At this time, I had only been an Assistant Principal for 2 years.  Was I ready for this massive jump? She gave me a resounding YES! I was so nervous during the 2-day interview.  I think I was the youngest applicant, with the least amount of experience, and the fewest degrees.  During the interview, I was sure I didn’t have a chance. I just convinced myself that at least I was gaining great experience.

The 2-day interview re-confirmed (and actually elevated) my respect for this group of board members and parent volunteers.  They were so impressive.  I was just so excited to have been selected as a candidate.

Were you nervous about leading a brand new school?

Definitely nervous, but more just ecstatic. I could not believe that I had earned the trust of this group of ladies (the amazing founding board members). They believed in me to open the school that they had spent years dreaming, visioning, and planning; I was so honored to take on this challenge!

I imagine you fed off the energy of the founding parents—how much did that core group influence your decision to take the job?

The founding board members and parents absolutely influenced my final decision.  They were so excited about this school and had invested so many hours and hours and hours of work – I wanted to be part of this journey.

Again, the founding board was so impressive.  They were uber successful in their own careers and somehow created and built a school in their spare time.  It really is quite remarkable! Based on my time with the board and volunteers, I also knew that I would be supported in taking on this challenge.  This was really important to me as well.

The founding board members and parents absolutely influenced my final decision.  They were so excited about this school and had invested so many hours and hours and hours of work – I wanted to be part of this journey.

What was the timeframe between accepting the position and opening the school? i.e. how much time did you have to prepare and create a plan?

I accepted the position on October 27, 2009 and interviewed with our team at the state on November 9. The school was approved officially on December 14, 2009.  I started working full-time in January to get ready for the August 9, 2010 first day of school.

What was that first year like? Was there ever a moment when you thought the school wasn’t going to make it? Or that you doubted your decision?

The first year was… wow…exciting, scary, amazing, nerve-wracking!  There was such excitement and energy among our students, teachers, parents, and community. Every day was truly a new adventure.  Thinking back, though, even the tough days were okay because everyone was so HAPPY to be at The Museum School. There really was this great spirit throughout the school.

When the decision came out that the GA Supreme Court ruled the Charter Schools Commission unconstitutional, I was nervous but only momentarily.  Sasha Webb and I sat down in my office and agreed that our team would do absolutely whatever it took to keep the school open. I believed it and never looked back. I can honestly say not in that moment nor any other have I doubted my decision to lead the school.

Sasha Webb, Amy Crownover, Tish Craig, Mary Lamb, Adela Yelton, Tamara Shipley, and Jenifer Cooper-Melia provided so much support in the early days (and still do!) and that is just what I needed.  They gave me space and support simultaneously – which can be tricky!

What has been your proudest accomplishment here?

Hiring (and retaining) the state’s best teachers and staff is at the top of the list! It has also been so rewarding to work with staff, students, and parents to create a school culture that is focused on the whole child and their growth and exploration.

What has been the biggest struggle?

Navigating the commission issue in May 2011 was a huge challenge!  Outside of that, we have had to work really hard to renovate our building AND to raise the money for the renovations. Thanks to the leadership of Josh Andrews, Tami Willadsen, Bert Thornton, Matt Knoop, the TMS foundation, and our amazing families, board, and committees we have accomplished this goal (though we still need help with media center funding!!).

You’re also a parent. Tell me about your kids- names, grades?

Yes, I am a very proud parent!  Mattie is my oldest.  She is 10 and is in the 4th grade at TMS.  Lily, my youngest, is 5 and is in kindergarten at TMS. They keep me smiling and laughing!

Is it difficult being the Principal of the same school your kids attend?

For the most part, no.  I do feel bad for the teachers that have them in class! I can’t imagine teaching the principal’s daughter(s)! I try very hard to be a supportive parent of their amazing teachers! Overall, I feel so lucky to see them engaged in their school environment.  It’s pretty magical!

I suppose that makes you doubly invested in the success of the school?

Absolutely!  So true!  Every decision I make for our 565 kids, includes my two little ones.  So, my decisions are deliberately thoughtful and reflective!

What would you like parents and students to know about you?

I am so proud to represent our students and parents as the principal of this outstanding school.  I am also appreciative of the faith and trust bestowed upon me by parents.  I do not take lightly that on a daily basis I am responsible for the learning and livelihoods of 565 young minds and bodies. Additionally, our staff works so hard to model and live out our school’s mission and core values; I appreciate each of them so much.

I am so proud to represent our students and parents as the principal of this outstanding school.  I am also appreciative of the faith and trust bestowed upon me by parents.  I do not take lightly that on a daily basis I am responsible for the learning and livelihoods of 565 young minds and bodies.

What would you like them to know about the school?

I know I am repeating this message that has been shared throughout the blog but this school literally would not be here had it not been for the sheer determination and drive of the founding board and parent volunteers.  I am still in awe when I hear about and think about the early days of planning and decision-making.

We just had our charter renewed. When do we have to go through that process again? Can you give us the Cliff Notes version of what that involves? And what new goals are we supposed to hit for next round?

We are in Year 1 of our current 5-year charter.  We’ll kick off the process again in about 3 ½ years. It is such an intense process that we would not have navigated through as successfully as we did without Board Chair, Andy Huff at the lead.  He led our team brilliantly through several tough challenges and moments during the process. Essentially, through renewal we had to re-capture every detail of the school’s programming through a written document (the petition) and face-to-face interviews. We had to then await local district approval and state board of education approval.  It was a long, strenuous process but absolutely well worth it!

What is your vision for the future of the school? And what will it take for us to get there?

Join us today, Thursday, April 26th for the State of the School address to hear the latest school updates, including an exciting update from the Foundation. And join me in thanking Principal Kelbaugh and all the TMS Heroes by carrying on the tradition of giving at The Museum School. Help build the future for our Explorers. Click here to contribute to the 2017-2018 Curator Circle.