TMS Heroes: An interview with a TMS Founder– Mary Lamb 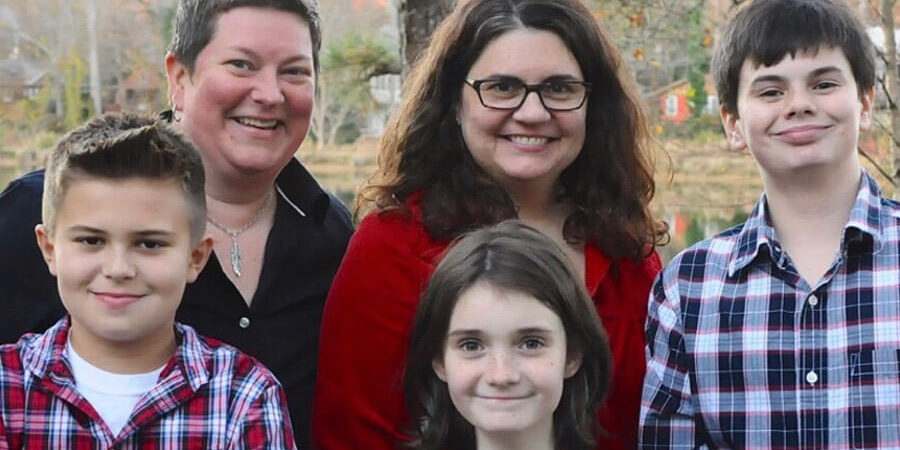 I recently read this passage written by Cody Keenan, former speech writer for President Obama, in an essay called For History to be Written, It Has to Be Made. It struck a chord with me, as the personality trait I most admire is perseverance, like that described above.

Through all of these TMS hero interviews, I’ve hoped to express the tremendous amount of work and dedication involved to create a brand new school. It was through this interview I realized Mary Lamb is perseverance personified.

Tell me about your kids- how old, names, what grades?

My children are Sam, 15, in the 9th grade at Druid Hills High School. Zach and Ellie, both 12, are in the 6th grade at TMS. Sam started TMS the first year the school was open, and Ellie and Zach joined him the next year in kindergarten.

From what I understand, you were responsible for pulling petitions to get the school from concept to reality. Is that correct? Explain to me that process.

I originally worked with the Avondale Education Association as a volunteer to help improve education in Avondale Estates, in this case, Avondale Elementary School. Next, we decided to do a start-up charter, and I was on the founding board responsible for creating the school. I wrote the petition (which is the 300+ page contract between the school and the district and state). I also worked as a liaison to DeKalb County Schools and the State Department of Education, so I had many meetings and phone calls to discuss guidelines, laws and requirements governing schools, and requirements of a petition. I gave interviews and updates to local newspapers and met with other charter school founders, educational leaders, and legal consultants. I researched how schools partner with organizations, drafted our levels of partnerships, and met with the High Museum and GA Tech to explore partnerships.

We had to read and understand all the pertinent Georgia law, DCCS’s regulations, and requirements for starting a school. The school system had a template to follow, so “writing the petition” meant planning and designing every aspect of the school, from the curriculum, to hiring teachers, to the facilities, to how many students per class, our accounting practices, etc. The group of us met 3-5 nights a week for hours at a time.

We were all very hands-on in every one of all the thousands of decisions that needed to be made. Every decision required research—of best practices, of experts in the community, of other school leaders, of applicable law and regulations. We’d bring the research to the group or an expert would offer advice. Then the board would debate, think, weigh consequences, and vote on a decision. Once we had consensus on decisions, either I or a community volunteer would draft parts of the petition, which I would write into the whole document.

In circulating these petitions, what sort of response did you get from community members?

You’re a writer and a teacher. How were you able to translate those skills into assisting with the launch of the school?

I’m a lifelong educator, so I’m deeply committed to public schools and to the idea of open, free, excellent public education for every child, despite his or her background. My background in public education helped us navigate the county and state systems, and it provided us with credibility as we discussed our plans with our partners. My writing skills helped me pull together all the various parts of the petition into a cohesive document.

What accomplishment(s) are you most proud of- for yourself and the group?

This is a tough question because there is so much.

First, we persevered. DeKalb County turned us down, so we had to petition to the newly-formed state Charter Commission for acceptance. For them, we submitted another petition and then met in downtown Atlanta for an interview. This was a wonderful experience because the interview was long, thoughtful, and detailed. They were very thorough in their examination of our proposal, and we felt they were taking us seriously. I was proud of that process. We were approved and chartered through the newly-formed Georgia State Charter Commission and operated under that charter the first year, 2010-11; when the court ruled that body unconstitutional May 2011, DeKalb county invited us to submit a petition to charter through them, which we did. By then, the school was a thriving success, so DeKalb approved us. During this time, I was so grateful for the community support, for the parents and students who rallied at the Capitol, and for all the people that wrote letters in support of the school.

Third, and this may be the most important: we remained keenly focused on the goal of opening the school, and we all made huge personal sacrifices for the sake of the school. Of course we had disagreements along the way, but when we came to a decision, we were unified in our total support of it. I am proud that through changes in the make-up of the original board and through all our debates, we remained committed to doing whatever it took to make the school a success.

All of this sounds like an incredible amount of work and at times extremely frustrating. Were there times you wanted to give up?

From what I can tell, the group of founders still stays in touch and is pretty tight knit. I’m sure there must have been some trying time you all shared together. Are there any that stick with you that you’d like to share? Why do you think those bonds are so strong?

The bonds are strong because this was probably one of the most challenging, emotionally exhausting, and intellectually taxing projects many of us have undertaken. We spent enormous amounts of time with each other and experienced intense stress. Hundreds of families were depending on us to do this, and we were it: the buck stopped with us. For example, one night, the night before the petition was due, Sasha and I stayed up all night, in the study in my house, working on the petition because DCCS had asked us for some last-minute changes. We finished and took it to Kinko’s at around 3 or 4am. We finished all the required copies in binders, etc. I had to rush to teach a class, and she delivered it to the DeKalb County by the deadline. We just did it because we knew we had to. That’s why the bond is so strong.

Your oldest just graduated from TMS, correct? Where is he/she now? How was that transition?

Sam is a 9th grader at Druid Hills High School. TMS was a great foundation for him, and he is doing well.

What do you want to see for TMS in the future?

I hope that TMS can share its successes with other schools and become a model for others. Of course all schools need to meet the needs of their community in their own way, but TMS has so much to offer others in terms of successful strategies.

The further we move from inception of the school, the harder it seems to relay the challenges faced and time spent those early days to new families. What would you like new parents to know about the school that they may not know?

Every person makes a difference, and it takes everyone to make a successful school. The school wasn’t an automatic success, and some parents didn’t even enroll their students that first year because they feared we wouldn’t make it. Indeed, success is never inevitable.

I recently helped with the charter renewal, and the process was not an automatic stamp of approval, but rather depended on people working very hard to make it happen. So I hope that new parents realize that they need to get involved so the school can continue to exist and thrive.

Join me in thanking Mary and all the TMS Heroes by carrying on the tradition of giving at The Museum School. Help build the future for our Explorers. Click here to contribute to the 2017-2018 Curator Circle.